Weekend of Prayer for SRE 2016

Over the Weekend September 10-11, Christians around the Diocese gathered together to pray for SRE. On Saturday C3 Victory NW at Birmingham Gardens hosted a joint-denominational prayer event. People from a range of churches came and went over the two hours for a time of focussed prayer on topics such as school communities, families, SRE vacancies, and the future of SRE.

Attendees were particularly encouraged to hear that the Premier of NSW, the Hon Mike Baird, recently strongly affirmed the place of SRE in NSW public schools at the 2016 Budget Estimates Enquiry on September 9.

On September 11, Anglican churches across the Diocese prayed for the Ministry of SRE in NSW public schools. At ANeW Anglican Church, an SRE volunteer was interviewed at each service, and then prayed for. Amy Soutter, Children’s Ministry Co-ordinator at ANeW church, began each spot with a quick quiz.

“It was really encouraging to see how many people in our services had taught SRE, prayed for, supported, and attended SRE in their lifetime. I was amazed!” Amy said.

She also talked about some encouraging aspects of SRE including that CityServe (a citywide community service event) has had a positive benefit on SRE in schools, and in our Diocese alone, 29 high schools now have SRE. Around 50% of high schools in NSW have SRE, and the plan is to have 100% high school coverage within the next ten years.

Thank you to everyone who supported the Weekend of Prayer for SRE. I look forward to hearing some encouraging answers to prayer, and how your church joined in this event! 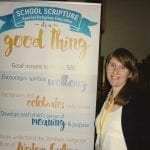 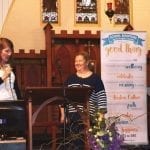