Building a path towards the humane treatment of refugees 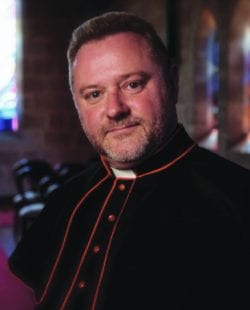 I was born in a country with an Indigenous presence of at least 60,000 years. A mere 228 years ago the British arrived. Ignoring the Indigenous inhabitants they declared the land “terra nullius”, meaning “nobody’s land”. A fledgling British colony was established on the premise of white European supremacy, officially endorsed in 1901 as the White Australia Policy.

Although this racist policy was formally abandoned in 1973, the idea still informs the Australian psyche. Politicians use xenophobic and racist rhetoric for political gain, and they are well aided by the Australian media. This has caused many Australians to live in paranoid fear of terrorism, asylum seekers and Muslims. A “Muslim, asylum seeker terrorist” has become Australia’s “boogie man” – a mythological creature used to frighten children of all ages into obedience.

This kind of cultural narrative can take many years to evolve, being built upon by successive generations according to their social and political needs. We can unwittingly end up in a place we could never have intended or dreamed of.

In contemporary Australia, the arrival, ironically, of “boat people”, an increase in Muslim migration, and the rise of terrorist attacks on Western targets have precipitated an identity crisis within the white, Western-dominated Australian community. Politicians and the media have powerfully colluded to convince many people that Muslims represent a threat to the “great Australian values that bind us together”, although those that espouse this ideology have difficulty in defining what these values actually are. Often we hear people speak of “a fair go” and “mateship”. We might ask ourselves why these values are not extended to those who seek asylum in our country.

The truth is that politicians, on both sides of the house, have now painted themselves into a corner from which they are unable to escape. It is time the Australian people let them off the hook and gave permission for the currently unsustainable Refugee policies to be abandoned for a more humane treatment of the world’s most vulnerable people.

“Often we hear people speak of a fair go and mateship. We might ask ourselves why these values are not extended to those who seek asylum in our country.”

The Refugee Council of Australia’s (www.refugeecouncil.org.au) core purpose is to promote the development of humane, lawful and constructive policies towards refugees and asylum seekers. The council is an important resource for the information needed to create a more evidence-based narrative concerning Asylum Seekers and Refugees.

Of course, for Christians, there is already a well-established alternative narrative to the one promoted by politicians and the tabloid press. The Hebrew Scriptures lay the foundation reminding us that we must “not oppress foreigners. You know what it’s like to be a foreigner, for you yourselves were once foreigners in the land of Egypt” (Exodus 23:9). We must come to terms with our own history by truthfully acknowledging that, not so very long ago, it was the Anglo-Saxons who were the foreigners in this land. We must recognise that the dispossession that has been inflicted upon our Indigenous brothers and sisters has perversely treated them as though they are the foreigners of this country – cruelly denying their custodianship of the land for tens of thousands of years. As Australians, we must confront this past to inform our present and our future.

Anyone taking the life and teaching of Jesus of Nazareth seriously cannot help but question the current treatment of Asylum Seekers and the narrative being built to justify that treatment. Christians have all the resources needed to lead the way towards a more humane treatment of Refugees. The question is; why are our voices not being heard, not so much by the politicians but by our fellow Australians? Are we speaking clearly enough, or with enough commitment on this issue?

Jesus spent much of his ministry proclaiming the Kingdom of God. We can ask ourselves: how would things be different if God were running the show? Surely we can see that the treatment of asylum seekers and refugees would look very different. We have then a choice of which narrative we will follow. We can be seduced by the stories that are peddled by our political parties and media which are based on fear and division. Or we can choose the narrative of God’s compassion and mercy. We can ask ourselves and each other hard-hitting questions like: “Do our policies and attitudes towards Refugees and Asylum Seekers conflict with what Jesus taught about the Kingdom of God?” If so, are we prepared to change?

Which path will we choose? A policy of exclusion and inhumanity, or the way of Jesus? 