The Combined Churches of Morpeth (Anglican, Roman Catholic and Uniting) mark three major ecumenical occasions each year. The first is the World Day of Prayer Service on the first Friday in March. The second is a service observing the Week of Prayer for Christian Unity (Ascentiontide to Pentecost). The third is Christmas Carols at Closebourne Retirement Village. 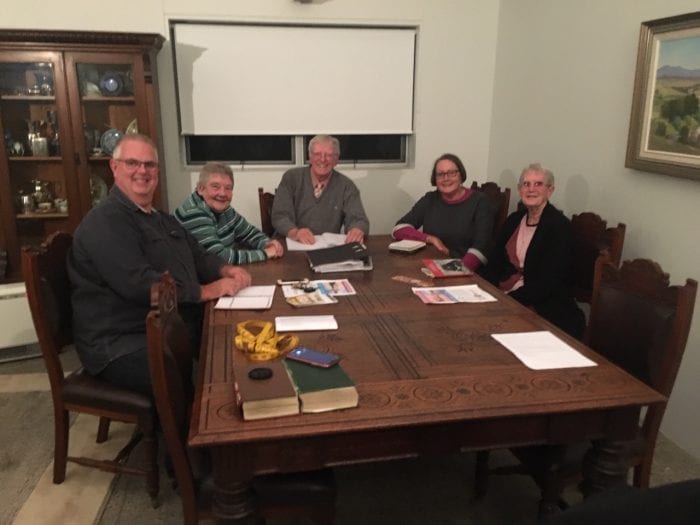 The three churches take it in turns to host the two services. This year’s World Day of Prayer Service in March was held at St James’ Church and our new Rector, The Rev’d Jacqueline Drewe gave the address. The Week of Prayer for Christian Unity Service was held at the Church of the Immaculate Conception on Sunday 2 June where the preacher was Father Paul O’Neill who gave us a fascinating account of a gathering he attended in Jerusalem of clergy from many different countries. These services are attended by parishioners from all three churches.

The Carol Service at Closebourne is attended by approximately 600 people each year where choirs from the local schools and other local musical groups provide the music. Clergy from one of the churches gives a short talk or story for the children.

Photos: Combined Churches Committee: from the left Paul Lancaster (Treasurer and from the Catholic Church), Jan, my wife, myself, Robin Pope (Secretary and from the Uniting Church) Daphne Woolcott also from the Uniting Church.  We have two other members from the Catholic Church; Also, our Rector, Jacqui Drewe, was on holidays. And: Carol Service shows the children in costumes as part of the address given to the children.