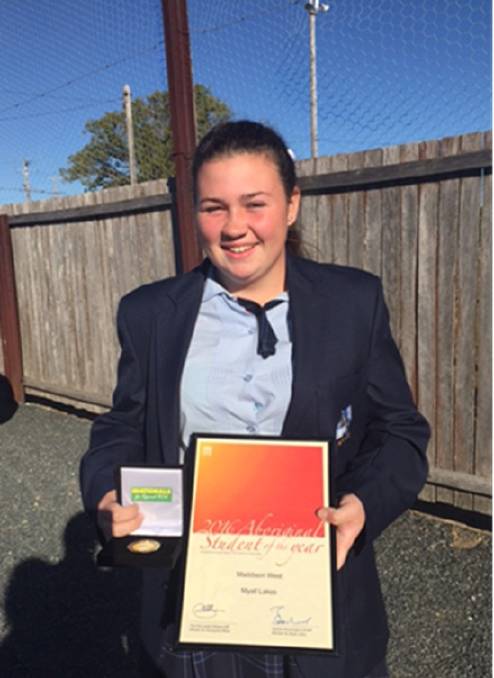 THE inaugural Aboriginal Student of the Year for Myall Lakes is Maddison West from Manning Valley Anglican College.

The new annual award recognises young people who demonstrate leadership within their school and local community.

“Maddison is an accomplished student in year 10, who has achieved high academic results and a role model for younger members at the school,” said Mr Bromhead.

“Maddison is always eager to represent her school and community at Anzac Services and community gatherings with clubs such as Quota and Rotary.”

Maddison received a certificate and a gift voucher.

The top students from the award nominations across NSW will head to Sydney in August to attend the Emerging Leaders Forum, where they will meet with Aboriginal, business and Government leaders.

“I warmly congratulate all of the award winners and I look forward to meeting some of them in Sydney later this year,” said Mrs Williams.