The Interfaith Dialogue is an opportunity to gather with people from other faiths and learn from each other on a specific topic. Four speakers from Muslim and Christian traditions spoke about the recognition of Mary and what their holy books say about her.

The night began with a Welcome to Country, and interfaith prayer for peace and verses sung from Chapter Three of the Muslim Quran: 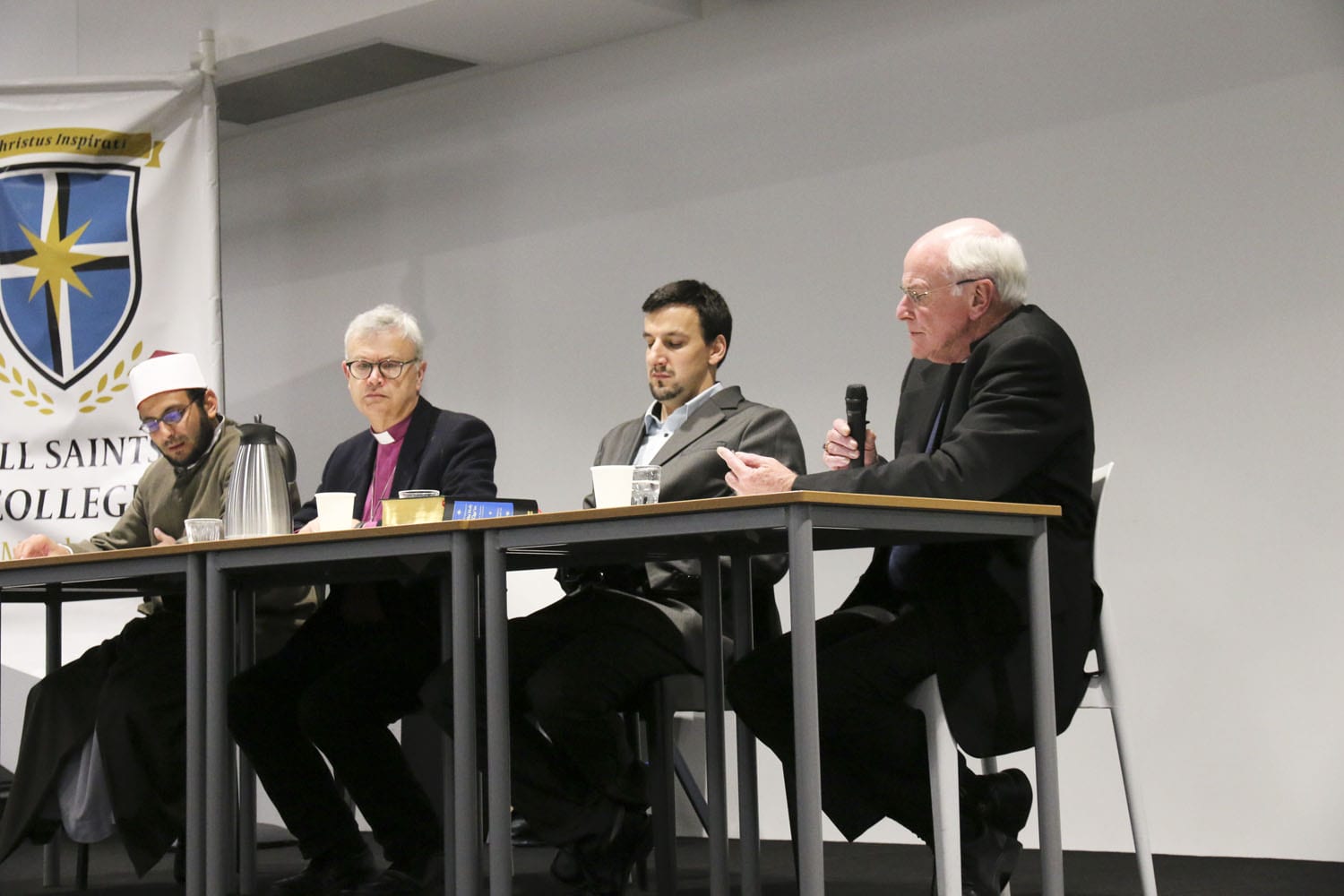 Shaikh Mohammad Hamed from the Mayfield Mosque, began by saying: “To present Mary, we need more than one lifetime.”

In the Islamic tradition she is a perfect example of chastity, obedience, devotion and piety.

Chosen by Allah above all other women as the mother of the highly ranked prophet Jesus, she is the “Mt Everest” – model for all people to aspire to.

Mary is the only woman mentioned by name in the Quran and the only female to have a chapter of the Quran named for her. She is one of few characters whose life is written about in detail.

Anglican Bishop Peter Stuart said: “My heart dropped a little when I heard that Mary would be the topic for this year’s Interfaith Dialogue.

“Mary is not significant for a lot of Anglicans. For some it is an important devotion but for others, it simply doesn’t feature.”

She was an ordinary woman, chosen by God, to be the bearer of the Saviour. She is first among the saints, honoured in liturgy, died and resurrected but, according to Anglican tradition, not assumed. From Mary, Anglicans are reminded that God chooses ordinary people to do extraordinary things. 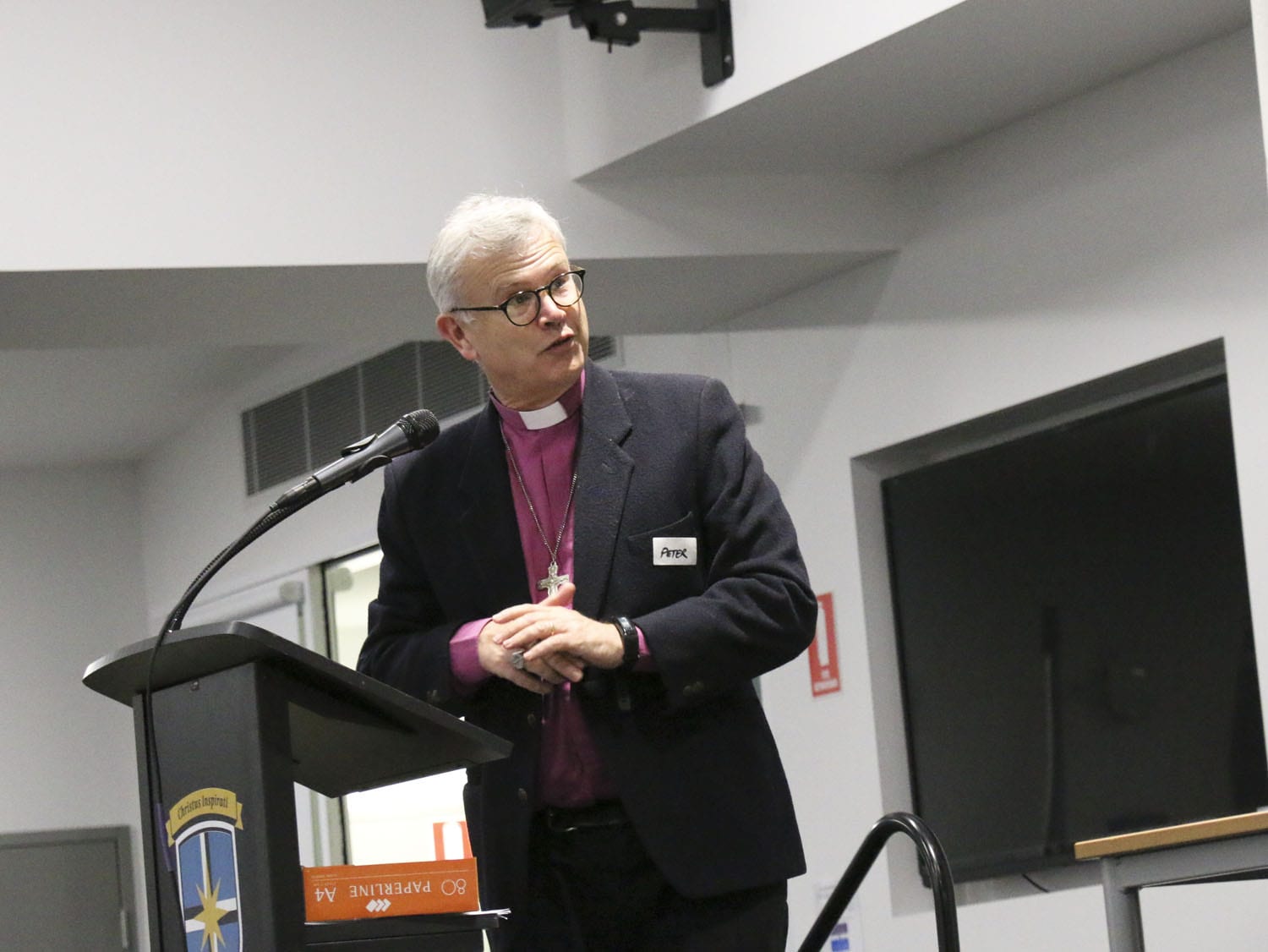 A Muslim perspective of Mary

Farooq Rah is the first Muslim chaplain for the University of Newcastle. He read from  Chapter Three of the Quran about how Mary’s mother Hannah dedicated the child in her womb.

The patriarchal undertone here is that the baby would be a male. As women were not able to serve in the temple, this story challenged the patriarchy and gender roles of the day. Mary was set apart for Allah, even though she was a female, and commended to Allah’s protection.

In each Muslim mosque, there is a niche carved in the wall that marks a direction for prayer. Traditionally above that niche is written this verse of the Quran: “Whenever Zechariah entered upon her in the sanctuary, he found her with provision. He said, “O Mary, where did you get this from?” She said, “It is from God; God provides to whom He wills without reckoning.”

A Catholic take on Mary

Bishop Bill then spoke of the Catholic tradition of Mary, and what a number of Catholics in the Diocese of Maitland-Newcastle believe; that she is the mother of God, has a unique position in the plan of salvation, and is the model disciple of the Lord.

Mary is not just an instrument in the plan of salvation, but consented to be used by God, and is an example of how we can also say “yes” to God. She is the first of disciples and an example of faith, charity and chastity.

Mary is an intercessor who still prays for us. There are also Catholic declarations of dogma regarding Mary. That she was born without original sin (declared 1854), and assumed into heaven at the end of her life body and soul (declared 1950).

Each speaker reiterated how important these gatherings are, to learn from each other and recognise what unites us. Discussions and events like these are essential for deepening relationship with each other.

The Ecumenical and Interfaith Council will host the next Interfaith Forum – Our Faiths and God’s Messages, on Thursday 13 September at 6:00 PM at Islamic Centre of Newcastle, 3-5 Victoria St, Mayfield. 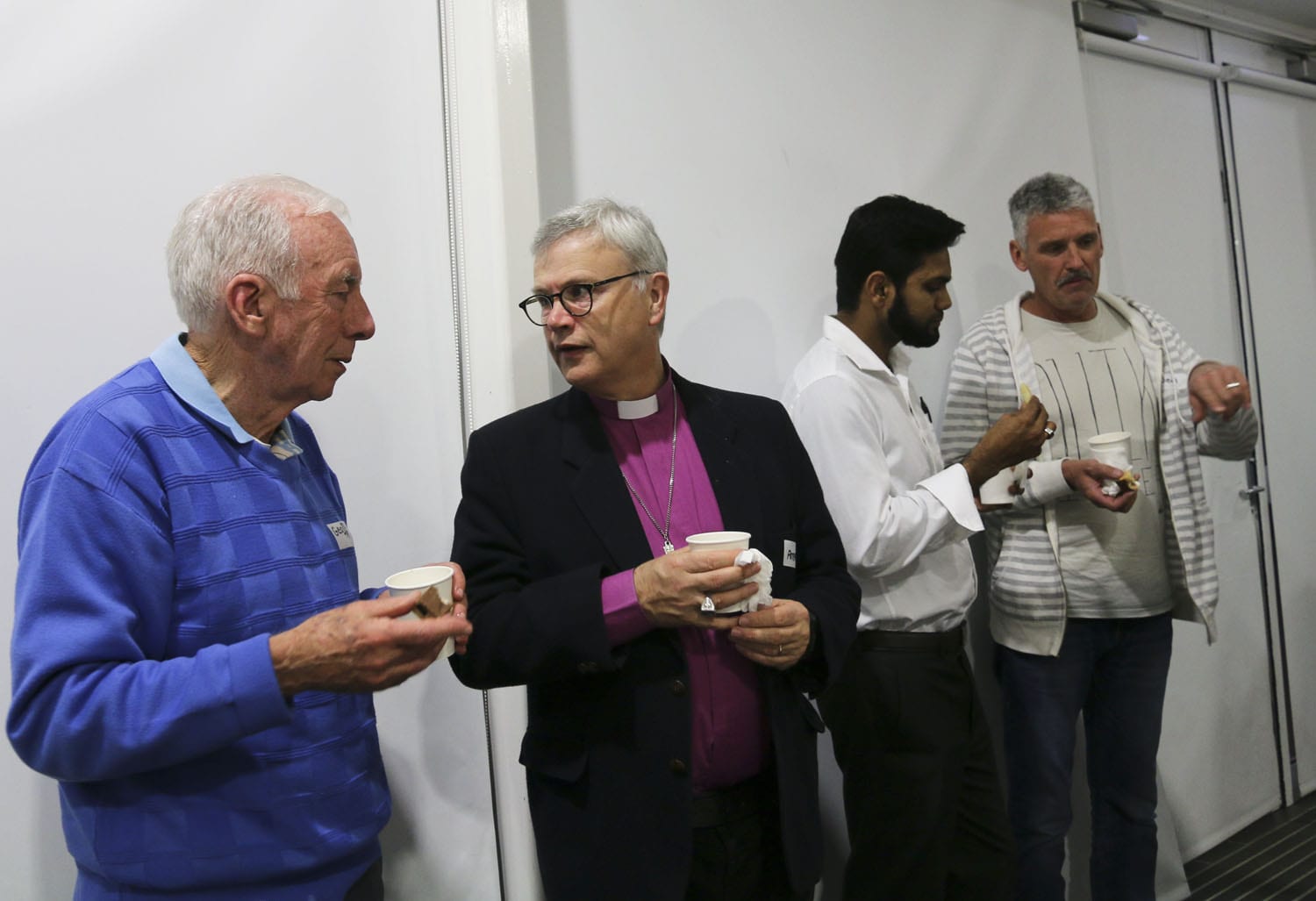 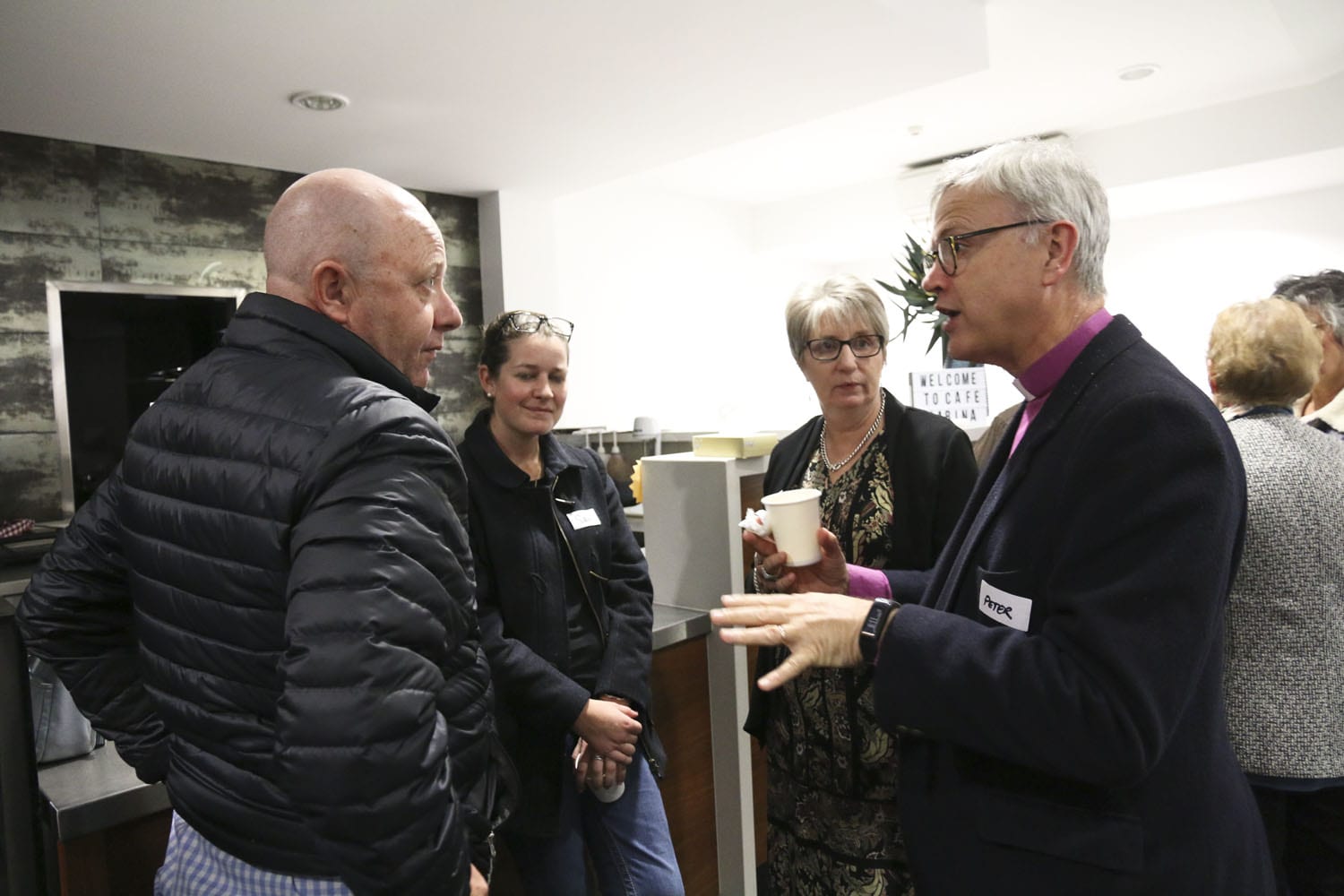 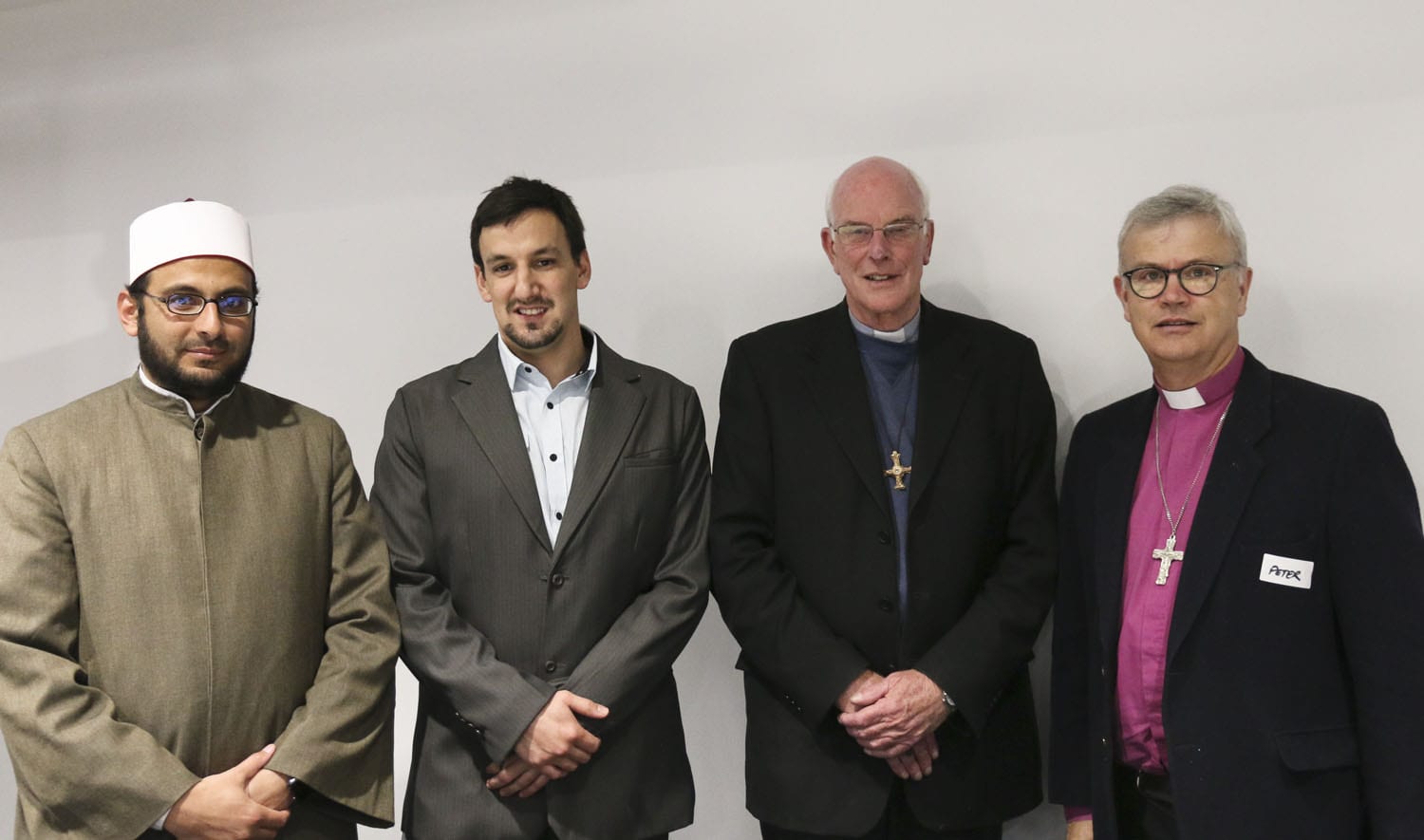