His Excellency General The Honourable David Hurley, Governor of NSW, paid a visit to Kurri on Monday to see how things were progressing with the town’s Centenary of Armistice projects.

Governor Hurley was treated to an afternoon tea at St Paul’s Anglican Church Hall which also saw performances from the Kurri Public School choir and a stirring retelling of the story of unsung WWI hero Maud Butler by Medowie 5-year-old Elizabeth Kilday. 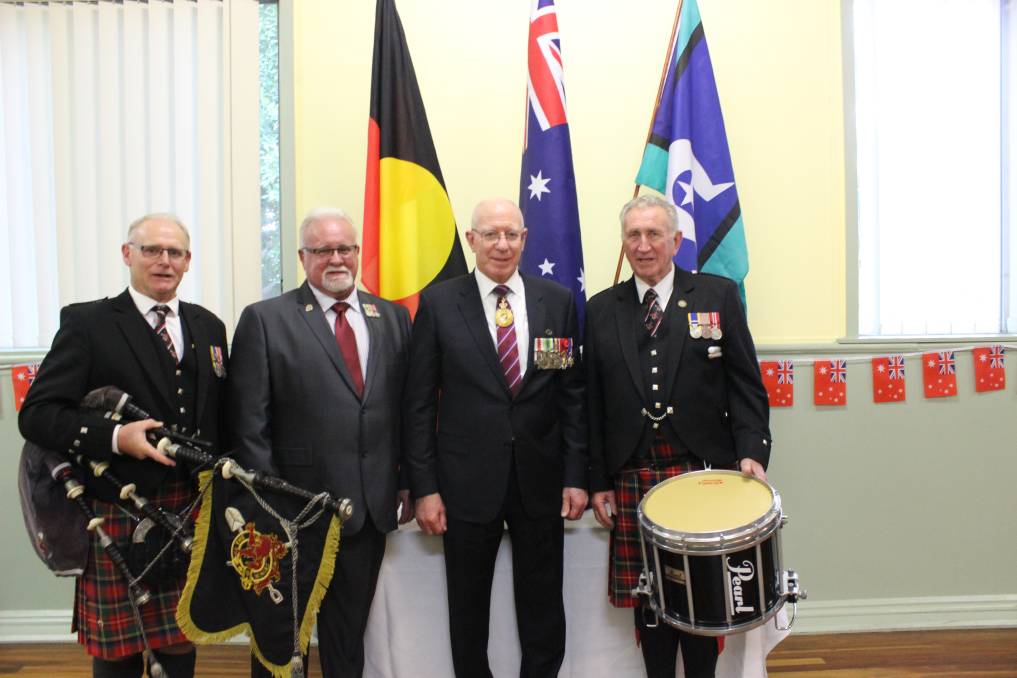 Governor Hurley said that he was impressed with the work being done in the area for the Centenary of Armistice.

“All of our small communities have looked inside the history and rediscovered a lot that was hidden away,” he said. “People are searching their homes and researching relatives and I think it takes away from the large figures we talk about and brings it down to a personal level.

He added that it was heartening to see so many young faces in attendance. 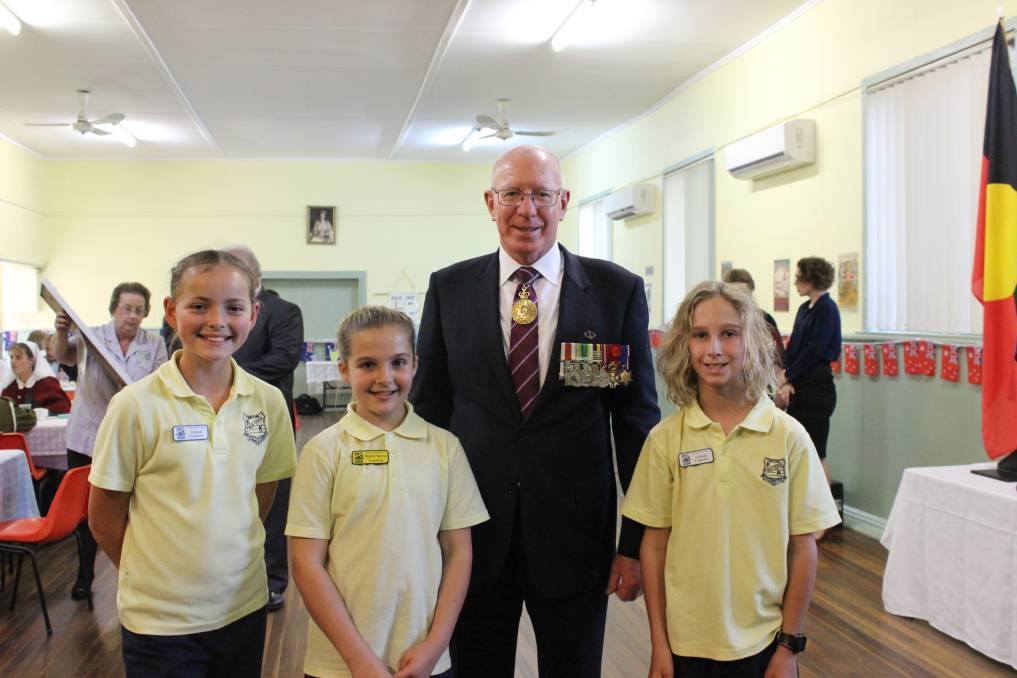 “It’s important that there’s a renewing of the legacy and perhaps a reinterpretation of the legacy so the youngsters have some meaning to take away from this,” Governor Hurley said.

Kurri’s Centenary of Armistice events include the recent repatriation to Kurri Public School of Private William Kelly’s medals, a mural to heroine Maud Butler, and a recreation by Kurri Kurri Men’s Shed of the lost, original school honour roll which was dedicated in 1918.

The visit echoed a similar thanksgiving visit to the same venue in 1918 by Governor Sir Walter Davidson and was a recognition of Centenary of Armistice projects by Kurri Kurri Public School and other community organisations.