After returning from the Alpha Global Gathering in May, Stockton Anglican Church minister Rev’d Michael Marklew, has a renewed passion for the ways Alpha can continue to transform the Anglican Church.

The Alpha Global Gathering (AGG) is a weeklong extension to the HTB Leadership Conference (LC19) in London. It is hosted by the Anglican Church that pioneered its international growth – Holy Trinity Brompton, London. LC19 brought together thousands of ministers from across the world with some 1000+ attending for the AGG including 70+ delegates from Australia alone.

You can hear the excitement that Michael has for the transformative power of participating in Alpha, because it’s the story of his own life. In 2002, Michael and his wife Alison were enquiring about getting married at Merewether Anglican Church. As part of their preparation, they were invited to join an Alpha course at someone’s home.

“We were the only non-churched people attending,” Michael says, “and we both had a very powerful connection to God, the church and God’s kingdom. We were filled with the Holy Spirit”.

After this course, Michael and wife started running Alpha courses through the church. Michael’s life has been transformed by God through Alpha and seeks to nurture that same space for others.

“In the first year you do the course,” he says “in the second year you come back to help. After three or four years people are leading Alpha small groups, facilitating Godly conversations, running Bible studies and are fully involved in the life of the Church.”

Michael sees significant similarities between the story of Holy Trinity Brompton – reviving and growing a cluster of smaller, ageing congregations in London – and the context of the Newcastle Diocese today. He sees Alpha as one way to revive and grow the Newcastle Anglican Church, just like the London Anglican Church.

“Alpha is a nice gentle way to share our faith,” he says, “It’s incredibly rewarding, it builds and nurtures the church leaders of the future.”

Stockton Anglican Church has an Alpha course currently in progress and another planned for term 4 this year. The parish now runs Alpha courses back to back and plans to do so into the foreseeable future. 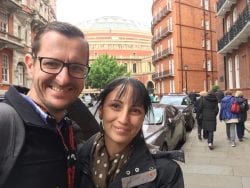 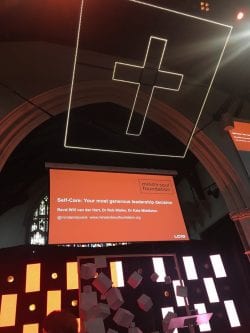 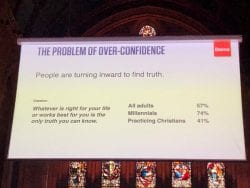 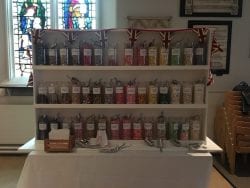 We’ve recently added some Parish-Based Learning Resources to our website, including the Alpha Course. Have a look here