On Friday 26 October, former Royal Commissioner, Mr Robert Fitzgerald AM, addressed the Synod of the Anglican Diocese of Newcastle at Christ Church Cathedral.

The address formed part of the formal proceedings of the Second Session of the Fifty-Second Synod of the Anglican Diocese of Newcastle, which took place at the Cathedral over Friday 26 and Saturday 27 October. 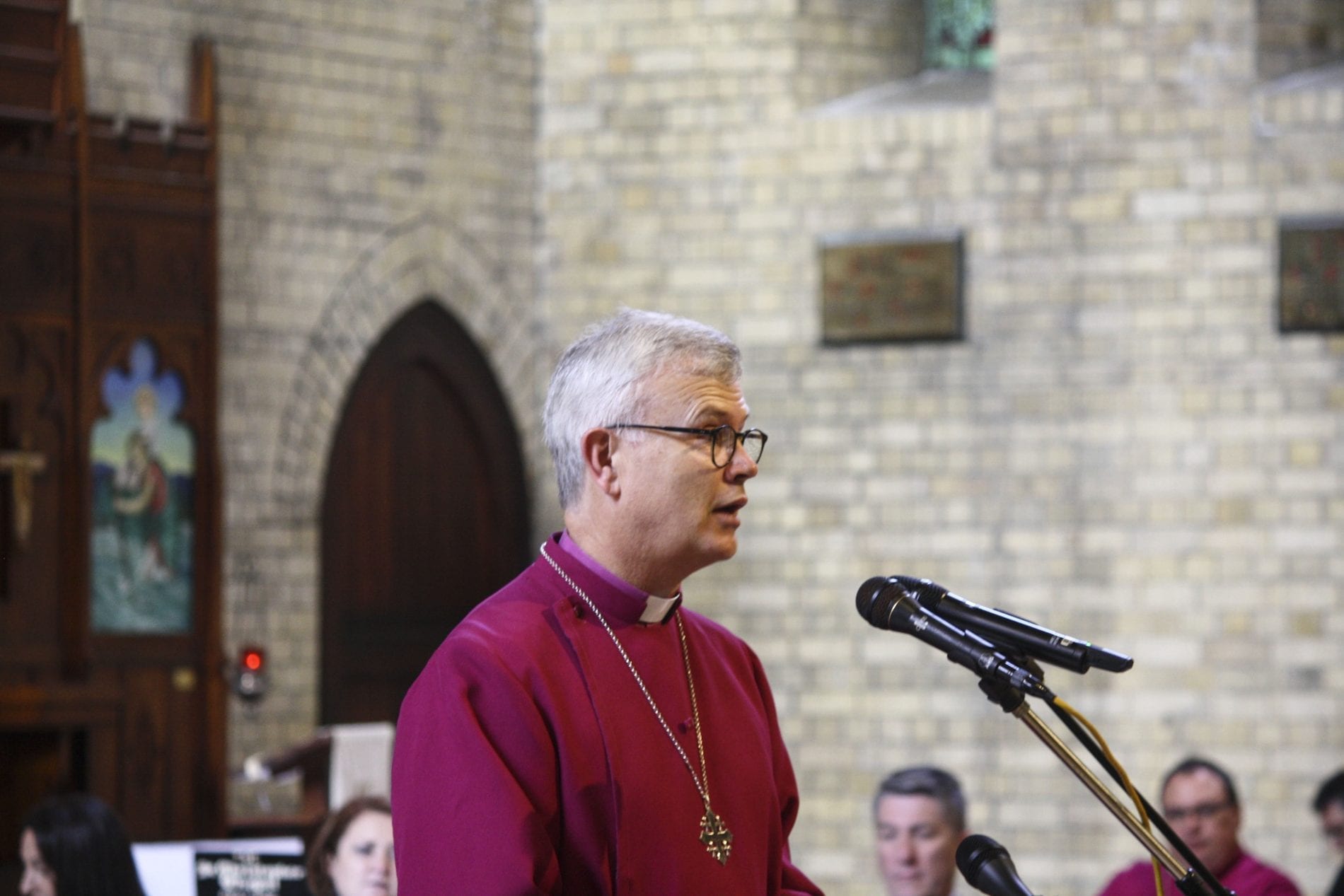 “The Diocesan Council has committed the Diocese to the Child Safety Standards proposed by the Royal Commission. In keeping with the practice of the Human Rights and Equal Opportunities Commission, these standards will become principles and form part of a national regulatory framework (www.humanrights.gov.au/national-principles-child-safe-organisations). We will return to these principles again and again as we seek to assure ourselves and the community of our commitment to child safety.

“As we continue to face the past, we recognise that at least 100 individuals were harmed in the Diocese. The extent of this suffering is intensified when we include those who were and are close to them, such as their families. The true number of people affected by abuse within the Diocese will never be known. So many stories are yet to be told and some will never be told. We are moved by the courage of survivors to speak of their experience. We honour them today.”

You can read Bishop Peter’s full Presidential Address in the Annual Review 2018.

At what was the first meeting of Synod since the release of the Final Report Royal Commission and the Findings of Case Study 42 into the Diocese, Mr Robert Fitzgerald addressed the Synod on adopting a culture in which the protection of children is to be considered an ongoing conversation – not a passing issue. Mr Fitzgerald also acknowledged the steps the diocese had taken since the royal commission. 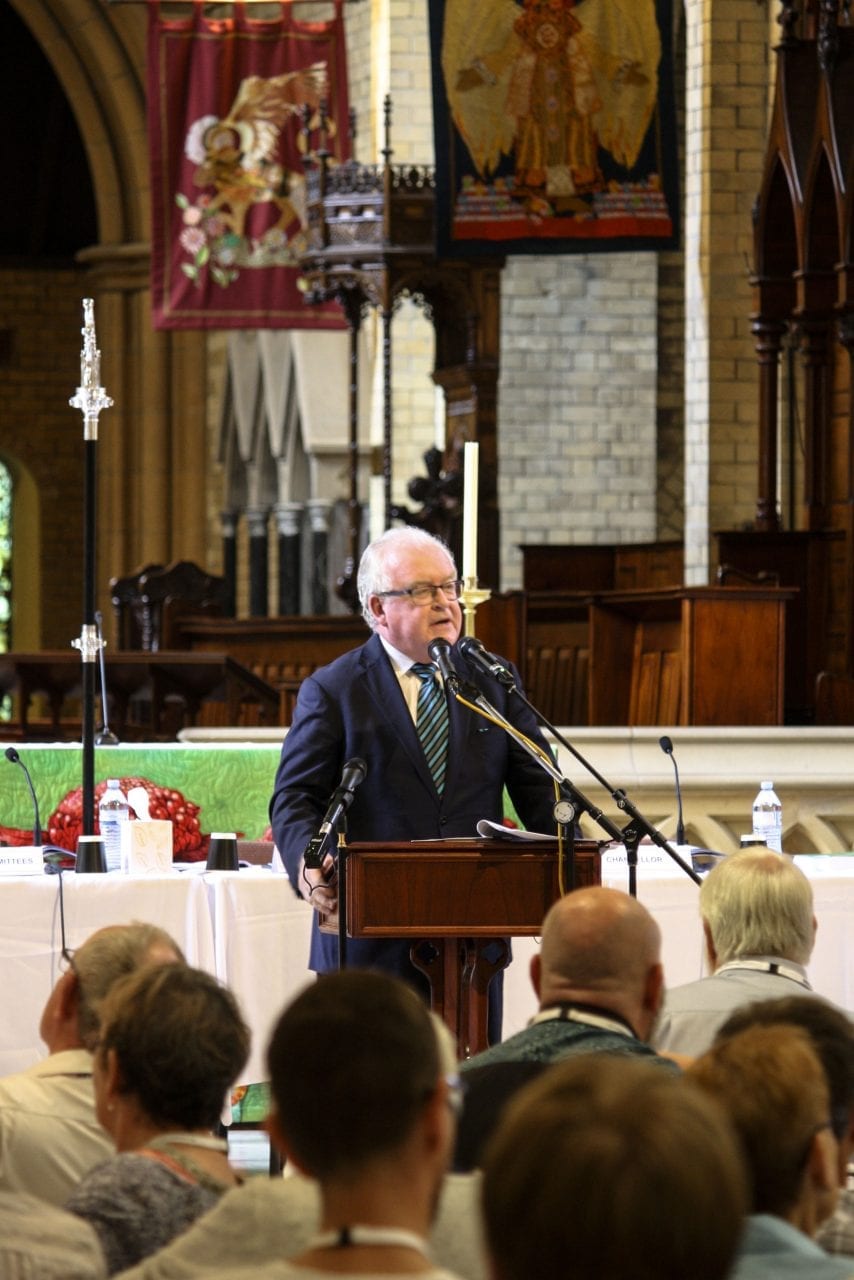 Mr Fitzgerald received a standing ovation from all present.

Bishop Peter Stuart said, “It was of huge significance that Mr Fitzgerald spoke to the Diocese about the Royal Commission in the Cathedral which featured both in the course of the Commission’s deliberations and symbolically as the media reported on the Commission.”

Throughout the two days, the Synod moved a motion in regards to the Report of the Royal Commission into Institutional Responses to Child Sexual Abuse on the Diocese of Newcastle, renewing its commitment redress and to taking the steps that are necessary to ensure that the Newcastle Diocese is a safe place for all people especially children and vulnerable people. Two members of Synod also reaffirmed the National Apology and expressed again the apology of this Synod in 2015. 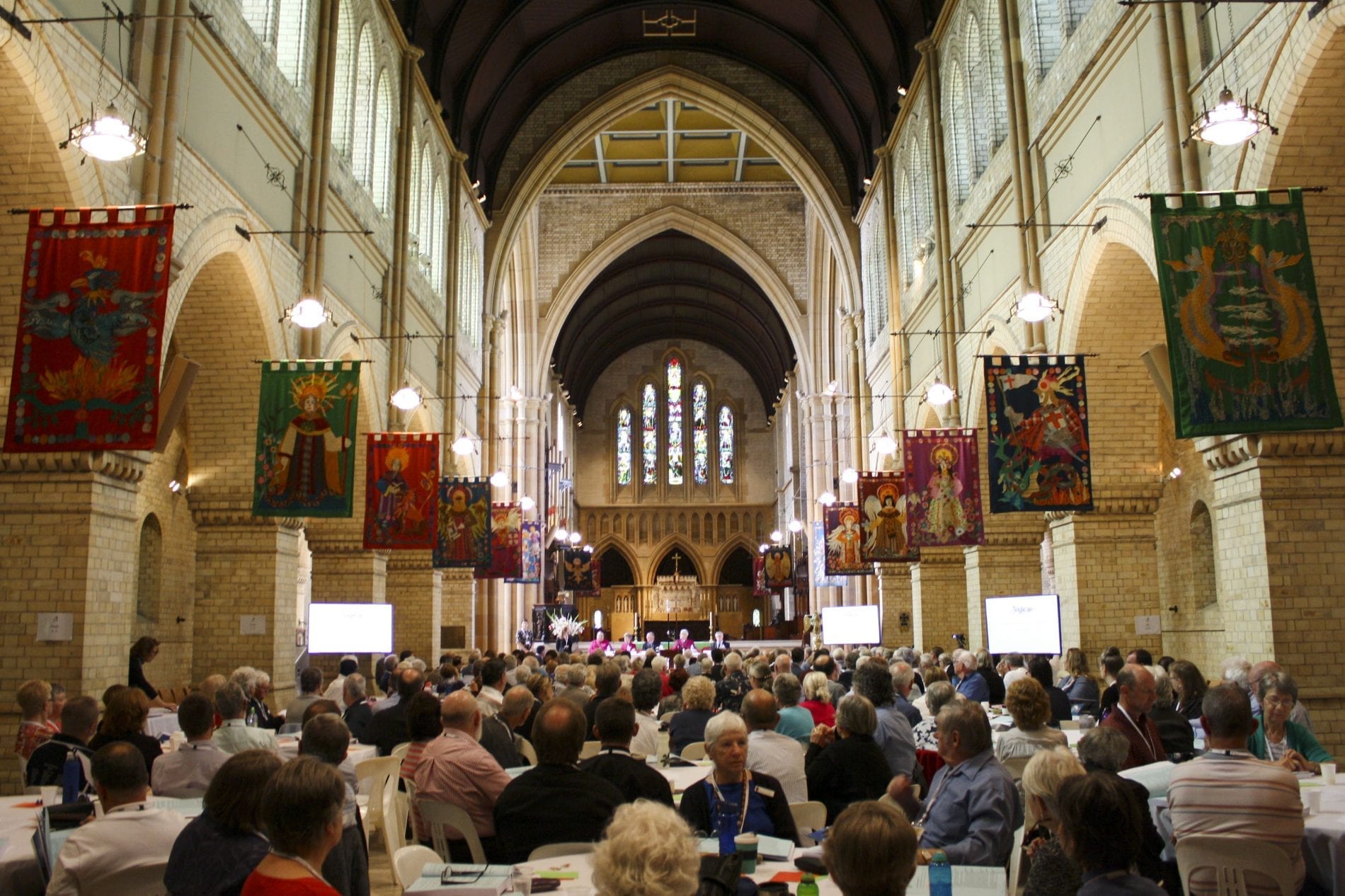