THERE’S nothing that makes Fletcher mother Jessica Krake prouder than knowing her five-year-old son is capable of saving a life.

She knows that because he saved her’s.

Ms Krake, who suffers from a condition that causes her to collapse and heart rate to suddenly drop, thought her advice to her kids to ring triple-zero in an emergency had fallen on deaf ears.

She was proven wrong in September last year when she suffered her worst ever episode. 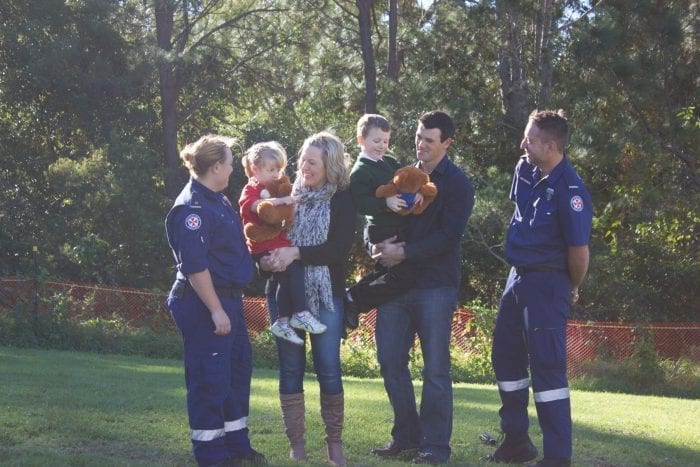 “I vaguely remember waking up and seeing Mason out of the corner of my eye talking to someone on the phone,” Ms Krake said.

“I was still pretty out of it, but I was shocked. I really didn’t think they’d remember what to do.” Mason, who was just four at the time, told the operator: “My Mum is sick on the floor and she’s not moving at all”.

The woman on the other end of the line, Suzanne Hawke, still remembers the call despite taking hundreds if not thousands since.

“He was calm, relaxed and handled it better than most adults do,” she said.

“He was a great kid and made everything so easy.”

When paramedics Chris Wylie and Felicity Spencer arrived at the job, the house was lit up and, call it a case of when fiction becomes reality, Fletcher was dressed as a superhero.

“But he didn’t bat an eyelid, he was one in a million and truly outstanding under pressure.” Mason and his sister Addison were presented with awards in recognition of their efforts at a school assembly on Monday.

Addison was recognised for her ability to add calm to the situation. She talked her mother through the events and told her everything would be OK.

“These guys behind me do a wonderful job, but we can’t do our job unless we get the call in the first place,” he told the assembly.

Ms Krake also praised her children’s school, Bishop Tyrrell Anglican College, for teaching kids what to do under pressure at such a young age.

“I’m just so glad they knew because the situation could have been really different otherwise.

“It makes you really, really proud.” Children can learn about calling triple-zero by taking part in a free online challenge.

The Triple Zero Kids’ Challenge can be downloaded as an app or by visiting kids. 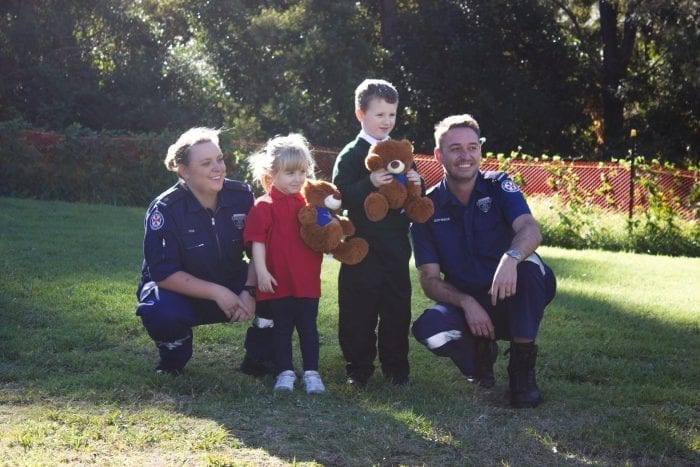