The Newcastle team that organised the restoration of what could be the country’s oldest national flag has been praised for its ingenuity, after it was awarded a prestigious prize.

The Birdwood Heritage Committee –  chaired by Dr Patricia Gillard – was named winner of the National Trust Heritage Awards’ interior and objects category for its work to restore the 1917 Birdwood Flag, which was born in the Hunter and presented on the battlefield to the Commander of the Australian Imperial Force.

National Trust of Australia (NSW) chief executive Debbie Mills said the project stood out because of its complexity; the way it revealed the story of the flag; and the ensign’s value to soldiers and in the debate over what the national flag should be. 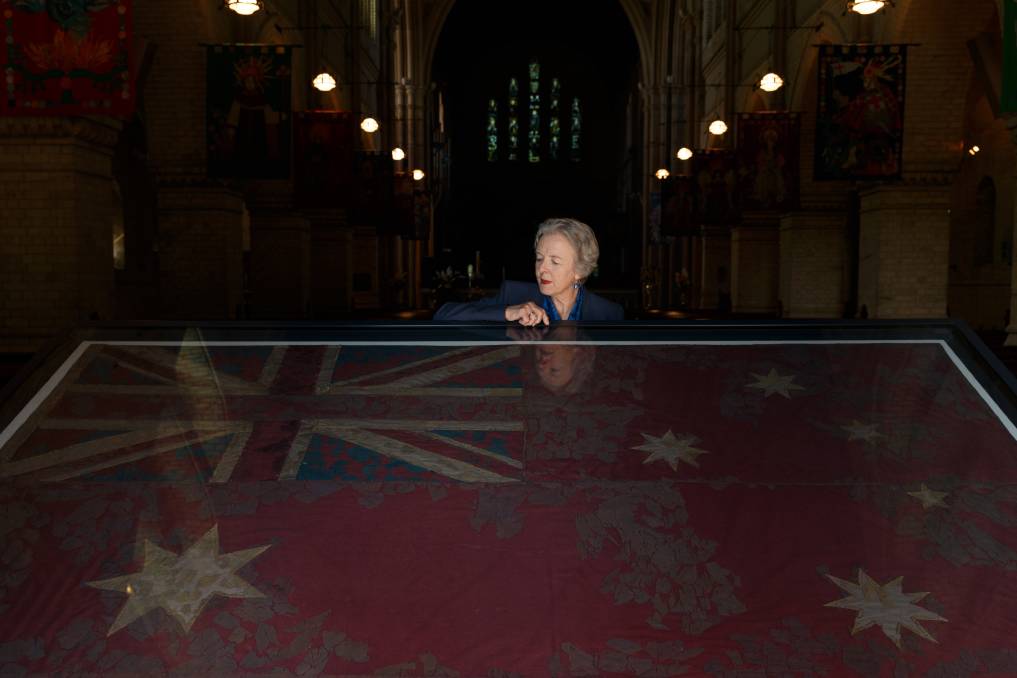 Dr Patricia Gillard and her colleagues joined forces after the historic 1917 Birdwood Flag was found in pieces and helped bring it back to life for its centenary, plus ensured it was displayed once more in Christ Church Cathedral.

Then-Dean of Newcastle Stephen Williams found the flag’s silk fragments in a shoebox inside a safe in 2013.

Communication researcher Dr Gillard helped form the committee at the end of 2014.

The group received more than $99,000 in grants and engaged International Conservation Services Sydney’s Skye Firth and Gail Hamilton to work with fragments so fragile they could not be glued or stitched. 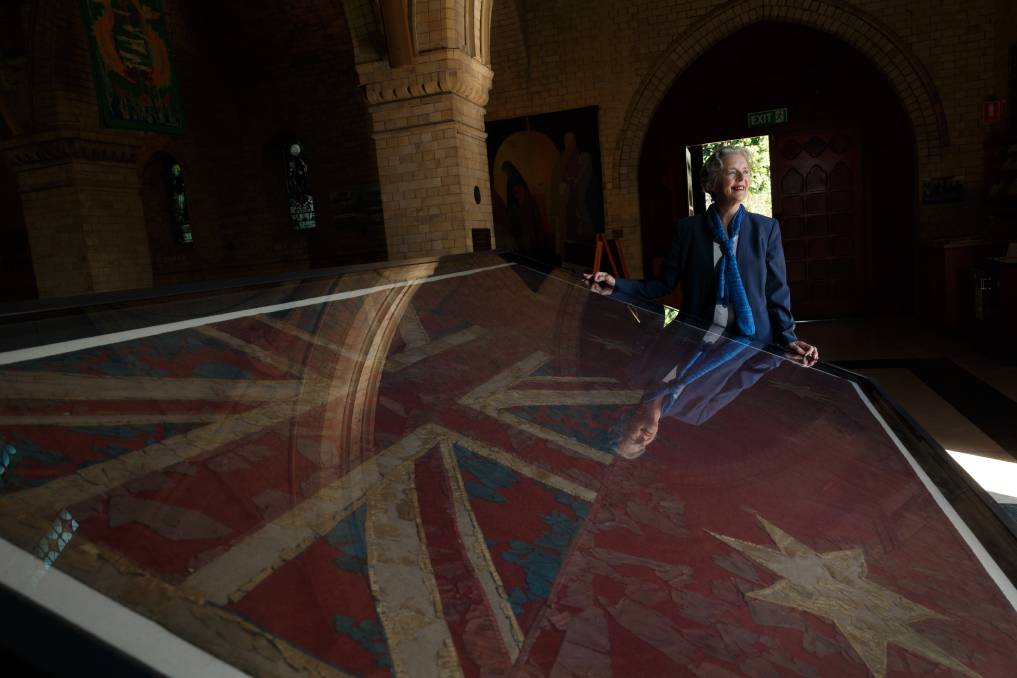 Instead, they lay a sheet of tulle, arranged the puzzle of fragments into place and then covered it with another layer of tulle.

Running stitches were used to connect the layers of tulle around – but did not pierce – each fragment.

“There’s no backing behind the blue fragments so you see emptiness and get a sense part of it is missing, so it is a troubling flag and a reminder that everyone has a role to play in public life.”