27 May 2016 is the official date that Anglican Care will celebrate 60 years of providing care, services and support to seniors within the Anglican Diocese of Newcastle.

In the 1950’s, the Anglican Diocese of Newcastle observed that there would be an increasing need for aged persons. Allowing for flexibility of service delivery, a large parcel of land was purchased at Booragul which was to provide a secure place for care and support for the aged.

In the 60 years since this visionary decision by the Diocese, the name has changed; the excellent standards of care have evolved, as has the complexity of issues facing those living so much longer. Anglican Care has continued to thrive, to become the innovative and progressive aged care organisation that it is today.

From the few residents located at Booragul in 1956, we now provide care and services for in excess of 1300 residents and consumers, employ approximately 850 staff and have a volunteer workforce of 350 people. This continued growth and expansion is in no small part due to the generosity shown by the many people who have devoted their time and energy to Anglican Care: volunteers, staff , family members, the Anglican Diocese of Newcastle, the local community and the Commonwealth Government – not to mention the many residents and consumers we have been privileged to care for.

We will also be holding a number of formal functions as part of the celebrations. These will include a formal dinner, an Anniversary Cocktail Party at Club Macquarie on Friday 27 May and a special service in the Chapel at Booragul. We’d love to see as many Anglican Care supporters as possible, staff and volunteers – past & present and anyone from the community who’s been a part of our journey at this special event. At some time in the latter part of 2016 we will also be holding the official opening of Kilpatrick Court at Toronto – so all round a big year of fun and celebration for our organisation. 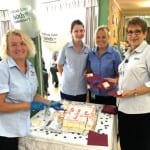 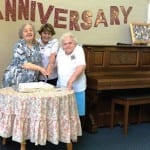 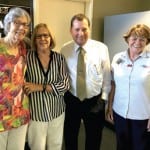 As part of our 60th Anniversary celebrations, Anglican Care has produced a commemorative DVD outlining the history of the organisation and the people that have played an enormous role in making Anglican Care what it is today.

Interestingly, it also features some retrospective interviews from the 50th Anniversary DVD in 2006 about hopes for the future of Anglican Care. Our interviewees at this time were;

It’s very satisfying to note that many of these hopes have been realised over the last 10 years, including, the opening of the new Scenic Lodge in 2010, and increased Community and Home Support Programs and Packages to support people living in the community.

Of course it’s a huge task to cover all the significant milestones of the past 60 years in one 20 minute DVD, however we’re extremely pleased with the result and encourage you to watch and listen with interest at one of our planned anniversary events or you can watch the DVD online on our website www.anglicancare.com.au 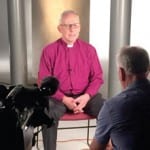 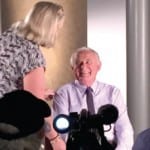 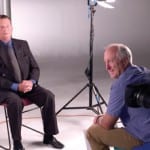