A Diamond Year for Anglican Care 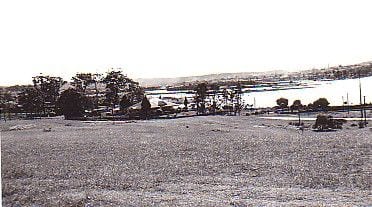 Original Pacel of Land at Booragul

You can tell much about an organisation from its longevity and reputation.  On Friday May 27 Anglican Care will celebrate its diamond anniversary; 60 years of providing the aged with excellence in care and enhanced lifestyles.

Anglican Care was the vision of Charles Arthur Brown, Registrar of the Anglican Diocese, who recognised a growing need for aged care services in the community.  The original parcel of land at Booragul was purchased for £1,100 in 1944 and, with the assistance of a small but driven group of people, Mr Brown’s vision became a reality with the first home officially opened 27th May 1956.

Since then, Anglican Care has been proactive, innovative and ever evolving to meet the needs of the aged community as those needs have changed through the decades.

Anglican Care CEO Mr Colin Osborne credits much of the organisations success to its staff.

“An organisation is only as strong as its people.  Anglican Care is and always has been, extremely fortunate to have a staff of caring and nurturing people to facilitate and deliver the services to our aged community,” he said.

Anglican Care has a proven history of loyal and dedicated people at its backbone, with some staff celebrating significant employment milestones of 35, 30 and 20 years of service this year alone and in recent years saw the contracted hairdresser at Booragul, Anne Wright, retire after 41 years of dedication. Additionally, in its 60 year history Anglican Care has only ever had two Chairmen, the first being Mr Fred Lean between 1955 and 1980 and Mr John Kilpatrick, AM who remains in the position today. 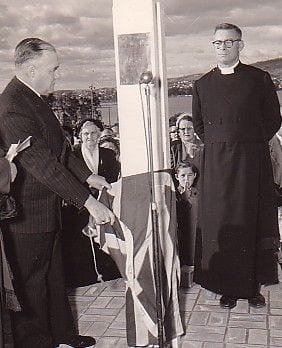 “I truly believe it is milestones like these that say a great deal about Anglican Care and who we are as provider of care and services to the aged,” said Mr Osborne.

Anglican Care has become widely recognised as a leader in best practice and as a provider of innovative and award winning lifestyle and wellbeing programs.  One such program is the Life in Motion program which utilises Xbox Kinect games to motivate physical activity among residents.  So successful has this initiative been that representatives were invited to address the 48th AAG (Australian Association of Gerontology) National Conference back in October 2015.  Further examples are Cameos for Empathy in Dementia Care and Memory Magic, both are dementia specific programs which have received national awards for Best Practice.

Whilst a number of the aged care, retirement living and home care facilities and services are based here in the Hunter (Booragul, Carey Bay, Toronto, Merewether, Jesmond, Mount Hutton and Tenambit), Anglican Care also opened a facility on the Central Coast (Warnervale) in 2005 and welcomed two Manning Region (Taree) facilities into the family in 2013.  The recent acquisition of 60 aged care licenses from Gloucester Hospital, will soon see the expansion of its care portfolio into the Gloucester region.  Additionally, servicing Lake Macquarie and the wider community, a brand new purpose built facility, Kilpatrick Court, will open in June this year.

“The reality is that we continually strive for excellence in standards and delivery of care services.  We don’t just aim to meet the needs of our growing aged population; we endeavour to surpass them at every opportunity.”

The original site, CA Brown Village at Booragul has undergone many changes in its life and, fittingly for the 60th anniversary, will commence yet another revitalisation later this year in the continued efforts of Anglican Care to provide the very best environment for our residents utilising up to date technology and best practice design in dementia care.

Anglican Care will have a number of commemorative events throughout its diamond year including a formal anniversary dinner, high teas and a church service to be held later in the year in the chapel at Booragul.

The next anniversary event will take place on the Friday 27th May, the true anniversary date of Anglican Care, in the form of a Cocktail Party with past and present consumers, staff and volunteers attending.

Historical Milestones at a glance: