80 strong team of Anglican Care Take a Walk for Memories

An 80 strong team of Anglican Care staff, families and friends participated in the “Memory Walk & Jog” for Alzheimer’s Australia in Teralba on Sunday May 21.

Each jog they took raised funds and awareness for Alzheimer’s and Dementia with more than 413,106 Australians living with dementia. It is the second leading cause of death in Australia and there is no cure. Each week, there are 1,800 new cases of dementia in Australia; one person every six minutes.

Being at the frontline of this illness and its effects on families, Anglican Care’s staff are intimately aware of the need for support and research for those living with Alzheimer’s.
The family of Annie Coombes (80 in September), who lives in Anglican Care’s McIntosh Court at Booragul, were wholeheartedly behind the event and the illness that affects their mother and grandmother.

“As I work in aged care, I am very aware of the signs of dementia. As I was visiting mum it started to become clear that she was unwell. Mum’s memory was beginning to fail, she was becoming forgetful in what she was doing and forgetting her friends from Bingo. It was clear that Mum could no longer live independently,” said Annie’s daughter Sandra McQuattie.

“She was able to live with my sister for a period of time, however it became evident that it was time for Mum to transition into permanent care. This is when Mum moved into Anglican Care’s Demential Specific McIntosh Court.”

“Mum has been rapidly declining since she broke her hip in December. As a family, it is extremely hard for us to see the illness taking over and us losing the essence of our beautiful mother, grandmother and great grandmother. It is important for us to do whatever we can to support dementia awareness, research and fundraising. There were 6 of us participating in the Memory Walk and we were all walking for mum – my sister, my nieces, great nieces and of course me,” continued Ms McQuattie.

Whilst not all of them were able to participate; Anglican Care’s 900+ staff were all behind the walk and what it stands for.

“Alzheimer’s and Dementia is a cause that is close to the hearts of our staff and the impact of the disease is something our staff deal with on a daily basis,”said Kylie Jacques, Marketing Manager at Anglican Care.

“It is really our honour to support and participate in the Memory Walk; we will do anything to raise awareness and much needed funds for research and development in this area. It is our largest area of growth and that is of great concern to us and should be for the entire community,” she said. 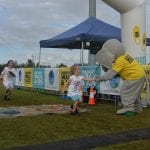 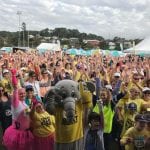 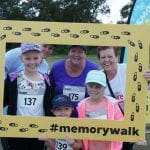 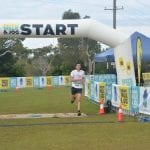 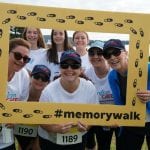 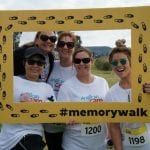 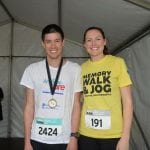 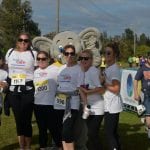